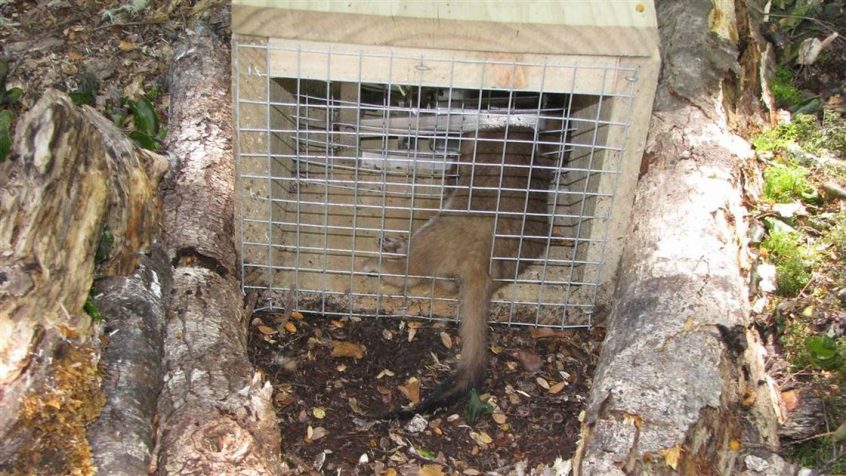 Wenita Forest Products and asset manager New Forests are teaming up with Predator Free Dunedin to increase protection for native biodiversity in Otago.

Funding from Wenita — the region’s largest wood producer — would enable increased predator control on its own forestry estate and also on nearby public land.

A network of mustelid traps would be laid through Wenita’s Berwick, Maungatua and Mount Allan properties, extending into the Silverstream conservation area. Wenita chief executive David Cormack said Wenita was funding the work outside its boundaries in recognition the network of traps would help create an enhanced wild pathway for native birds to safely move through the landscape.

Extending it to the Berwick and Maungatua estate would lay the foundation for further expansion of Predator Free Dunedin’s operations to the south and create a “stepping stone” for the future. Trapping in those areas would protect threatened wildlife and ecosystems including the fernbird/matata and flightless alpine insects — some of which were found nowhere else in the world.

The support would also allow possum control in Mt Allan and Silverstream, building on existing efforts by local communities and allowing Predator Free Dunedin to increase its operational area by 30,000ha.

Mr Cormack said the partnership complemented the work the company did for its certification with the Forestry Stewardship Council which it has had since 2001. It was audited annually and the certification was internationally recognised as the most rigorous environmental and social standard for responsible forest management.

Wenita managed a forest area of 30,000ha and predator control was a regular part of its operations but not on the scale of the new partnership. Keeping the possum population in check was important for maintaining the health of the forest and having an evergreen canopy.

The likes of stoats, weasels and rats did not cause huge problems for trees but were problematic for wildlife in the forests so the company had an interest in dealing with them. It made sense for Wenita and New Forests to be part of Predator Free Dunedin’s initiative and it complemented what they were already doing, Mr Cormack said.

“We’re really excited to be part of it. Rhys and the team at Predator Free Dunedin are so enthusiastic, it’s hard not to get caught up in that,” he said. Wenita forests had been in Otago for a “long, long time”, well before the company was established. People in communities like Mosgiel, Waihola and Outram grew up with them.