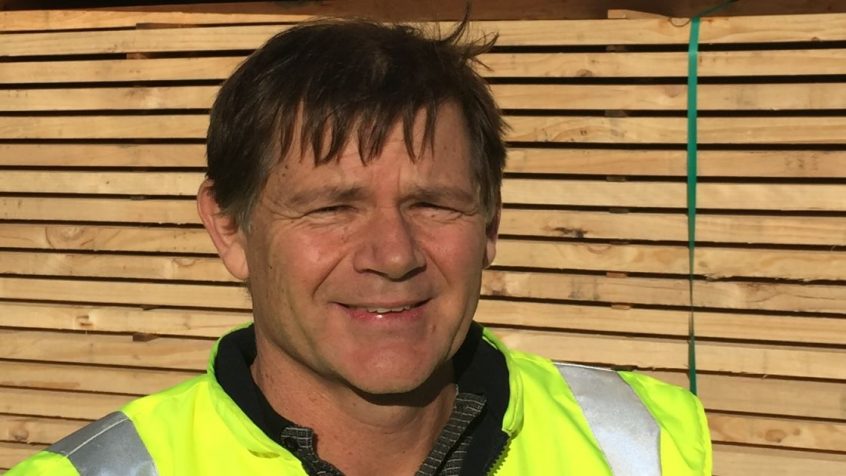 Well known to many in New Zealand’s forestry and wood products industries, Shaun Cawood unfortunately passed away on 24 January 2022, leaving behind a legacy of outstanding work achievements and a long list of grieving colleagues. For all who knew, met or had spent time with Shaun over the years, we were always in awe of his enthusiasm for life and for his family, for his work and his continued thirst to learn more from these experiences.

Shaun started work at Taieri Mouth, near Dunedin, in December 1984 with the NZ Forest Service directly after completing a Bachelor of Forestry Science at the School of Forestry in Christchurch and all but 7 years of the time since was spent in the forest industry in the southern South Island.

Shaun’s distinguished career in forestry was based on highly practical technical competence and outstanding leadership abilities. It was notable for the number of times he took on projects and businesses in which he had no prior experience and achieved better than expected outcomes.

As the District Forester for Rayonier in Southland from 1992 – 1996 he took on the job of building and upgrading the 76km of road per year and rolling out Rayonier’s controversial stumpage sales program, all while getting an MBA in his “spare” time. Promoted to Regional Manager in 1996, he then led the team through the process required to become one of the first plantation forest management teams in the world to get joint FSC and ISO 14001 certification, and then took on the task of achieving the same for Rayonier throughout the country.

Having no prior experience with manufacturing, he was then promoted to GM of the then Rayonier owned MDF plant in Mataura and continued in that role after the acquisition by Dongwha. His time there was distinguished by improved financial results, the sale of shares to Laminex, the implementation of a Lean and Competitive Manufacturing framework, and a host of quality and environmental certifications.

The “new boy on the block” skill set got another chance to shine when he was recruited to CEO Craigpine Timber in Winton in 2013. His remit was to leave no stone unturned in their efforts to improve the business results. Over the next four years the business was restructured and re-engineered to return it to profitability and make it a safer place to work.

He left Craigpine in July 2017 and, in a career first, went and did something he had done before. His last few years at work were spent setting up an office in Nelson for IFS Growth, while continuing to trade lumber with Aubade.

Throughout all that hard charging, Shaun was able to bring his work colleagues along for the ride. His calm and implacable demeanour provided assurance that difficult things were achievable, and he actively sought out, encouraged, and mentored the talent he came across. The most repeated message to his family at his recent memorial was “best …. ever”.

Shaun is survived by his wife of 34 years, Deidre, and their daughters Sophie and Emma, and Sophie’s husband Thomas.