Held on Friday 25 May 2018, the SWC Forestry Awards night saw an outstanding turnout by local forestry companies, contractors and transport operators from throughout the lower South Island of New Zealand.

The SWC Council, representing all major forest owners and most of the major wood processing companies in Otago and Southland, ran the 2018 Awards programme in conjunction with the country’s industry training organisation, Competenz.

In addition to profiling the contribution that forestry and those working within the industry are making to the economic and social well-being of the region, the night was really designed to celebrate the success of those that had achieved formal training qualifications over the year. Through a series of nine major awards, the event also recognised the forest industry’s top performers from across the lower South Island.

The industry certainly rallied on the night. Like the previous three years, over 300 forest managers, forestry contractors, transport operators and product and service suppliers to the industry from throughout the lower South Island attended the awards evening at Dunedin’s Forsyth Barr Stadium.

“The turnout by forestry workers, their families and supporters on the night is probably a true reflection on the momentum that’s been building over the last year or so with on-site training and safety in this region” says Grant Dodson, Chairman of the Southern Wood Council. “In addition to recognising the training achievements of forestry workers and crews that have really stood out over the past 12 months, the industry was able to come together at one place to celebrate the industry along with training and business success”.

“The message on the value of the awards evening has certainly found it’s mark with many companies bringing through all of their staff and workers, from Invercargill through to Timaru.  This year we even had staff from a local West Coast mill along with workers from Stewart Island who had achieved training qualifications over the year come through to Dunedin to be recognised on the night.”

Presenters and speakers at this year’s awards evening include; Jamie MacKay, Host of NZ’s New Zealand’s flagship rural radio show, The Country and guest speaker Aaron Fleming, who provided a gripping, emotional and truly inspirational story to all those gathered. Aaron is a Sir Peter Blake Leader Award recipient, author of motivational book Purpose, multiple international Ironman athlete, New Zealand’s Olympic Games torchbearer, previous finalist for Young New Zealander of the Year and a television presenter – and he’s only in his early 30’s.

Around 120 National Training Certificates that had been achieved in Forestry & Wood Processing were awarded to top local contractors and forestry and wood processing employees.

Six apprentices that started on a new regional training scheme this year were also recognised at the awards ceremony. All are anticipated to finish the course in October, with another group expected to start in June. In addition, nine major industry awards were also presented.

Congratulations go to all the winners, the nominees, their employers and families.

This year’s awards programme with strong support from the wider industry, supporting organisation’s and major equipment and product suppliers has again been another important milestone for the forestry industry in the lower South Island. Like other Regional Wood Council awards evenings, it’s firmly established as the major fixture each year on the local forestry calendar.

Congratulations go to all the winners, the nominees, their employers and families. This year the SWC Forestry Awards went to:

We have produced a print version of the award winners. You are welcome to download, print and share it. 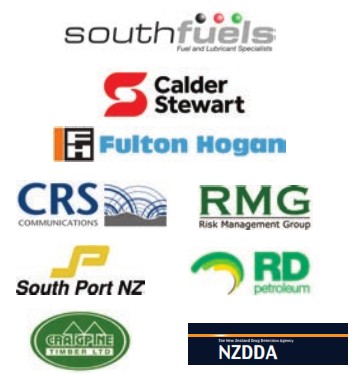