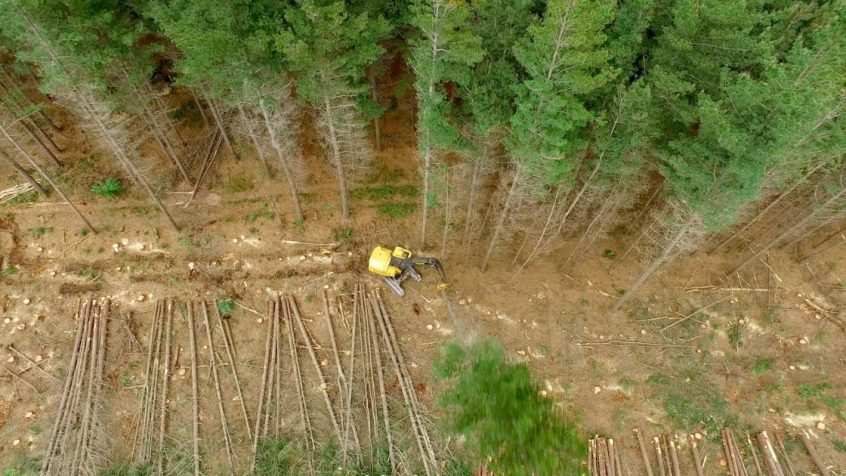 NZ contractors are losing out on work as forest owners cancel pending contracts to hold out for log prices to rise. After hitting a peak four months ago, New Zealand log prices fell due to worldwide containership congestion at ports, high fuel and shipping prices and a downturn in demand from China as it deals with its own Covid-19 delta outbreak.

Otautau-based Baird Logging owner Bobby Baird said these factors were causing forest owners to cancel pending contracts as they hold out for another rise in prices. Because of this, logging contractors were losing out on work they might have planned on in advance, he said.

“I see where they’re [forestry owners] coming from, but we just can’t operate like that when we’ve got millions of dollars tied up in equipment. We’ve based that on that gear to be operating on a yearly cycle, all year round, we can’t be seasonable,” he said.

As a result, competition within the industry was becoming cut-throat, driving some contractors to make inaccurate quotes to retain contracts, he said. “As soon as you tell someone how much it is, that’s all they hear. The reality of it is there’s got to be more accuracy in pricing to keep it all above board, so we can keep this industry going down here.”

He’d had to cut a dollar off his logging rates per tonne in order to be able to stay competitive in the market. “When you’re processing 1800 tonne jobs, that’s quite significant,” he said.

And with Covid-19 putting the forestry industry on pause for two weeks, he was concerned about being able to make the money needed to cover equipment costs and his own income if more backlog occurred. “The government helps with the wage subsidy, so I’ve paid my men through.

But I want to generate some income, obviously with the downturn leading into it and now Covid-19, I want to try and get some wood out the gate to make up for it.” There needed to be more government support for contractors to be able to ride out the highs and lows of log prices, he said.

An increase in recent years in the amount of trees owned by smaller woodlot owners as opposed to corporate forestry owners was exacerbating the issue, she said. Smaller woodlot owners wanted the best price for their investment, and were often unaware of the flow on effect to the supply-chain of cancelling pending contracts to wait for those higher prices, she said.

As a result, the association was calling for a national forestry strategy to be adopted and better education to be provided to woodlot owners on market strategy, she said. “You keep getting those cyclical bubbles happening, and you’ll lose contractors, because there’s no money to be made in the industry when it’s turned off and on like that.”